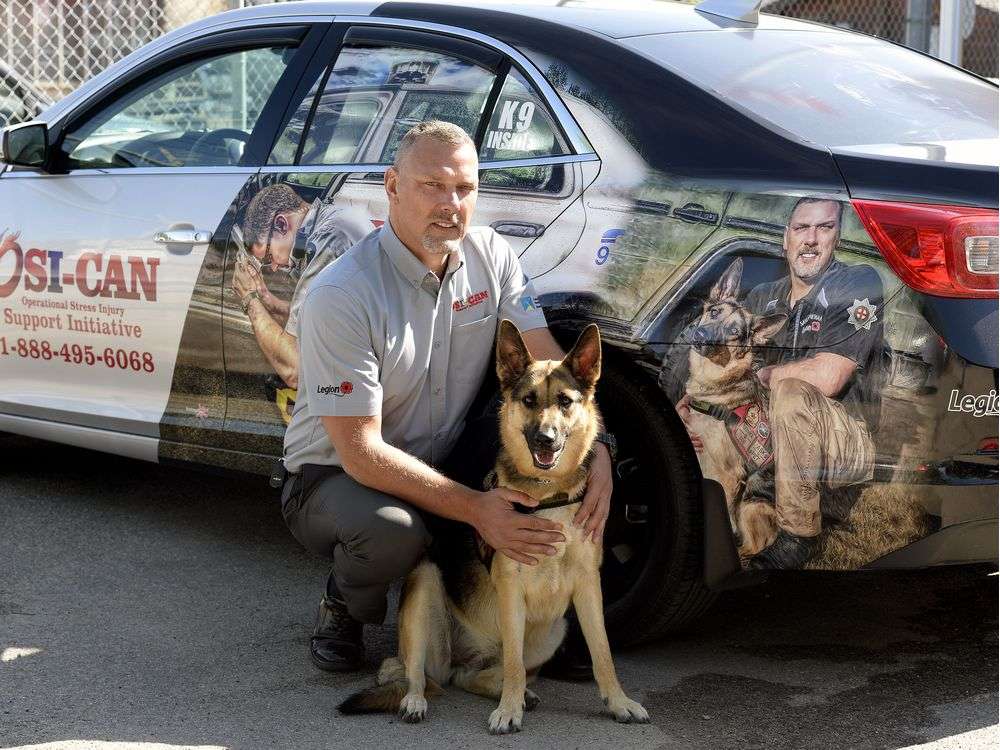 A founding member of OSI-CAN, a group that provides mental health supports for first responders and veterans, has passed away.

Chris Siddons from Regina took his own life on February 28, 2019. Jack Rennie, an advanced care paramedic in La Ronge, met Siddons at a PTSD conference last fall. He said Siddons inspired him to start his own healing journey.

“Since hearing about him and hearing how open he has been about his journey, it has really broken a lot of the stigma and I think made people feel more comfortable about coming forward and talking about it as a result of the work he has done and the exposure he has brought to operational stress injuries,” Rennie said.

Siddons who served over a decade with the British Army and did tours in Northern Ireland and the Gulf War, moved to Canada in 2005, with the hope of getting a fresh start. Unfortunately his feelings of anxiety, depression and hyper-vigilance would continue to haunt him.

OSI-CAN was a group created out of a need Siddons saw to provide support services to veterans and community first responders who suffer post-traumatic stress. Rennie said he didn’t want his friend remembered as a symbol for PTSD, but rather for the work he did.

“Because he has physically left us, it doesn’t necessarily mean that his spirit isn’t with us and I think that’s a very important message because I don’t want this to ever be perceived as a viable option for people struggling,” he said.

Prior to his death, Siddons was involved with was the planning of a first of its kind rest and recovery centre southeast of Prince Albert. The facility spread over 300 acres, would provide a retreat for people struggling with operational stress injuries and would include cabins, equine therapy and counseling services. Rennie said the only current option offered is a stay at a mental health unit.

“And many of them are patched together to meet the needs of the general public, who are not really exposed to the same traumatic events that we experience on a daily basis,” he said.

Michelle McKeaveney also worked closely with Siddons and was appointed by Siddons as the OSI-CAN representative for the Prince Albert region. She remains very passionate about the project being built.

“The crisis was there yesterday, the crisis is there today, and it was there last week also so I’m just done talking about it. I just want to do this now because we need it, and i can’t go through any more [funerals],” she said.

McKeaveney said she feels blessed to be a part of something that has changed lives, and said Siddons will forever be her mentor. She added that the people are first on scene after an accident or working at the correctional need all our support.

“[Chris] created an entire service and he had all the support in the world, yet stigma still maks people feel isolated and alone,” she said.

Planning for the rest and recovery centre is entering the final stages. McKeaveney said they expect an approval permit to come to the RM of Prince Albert council in April.