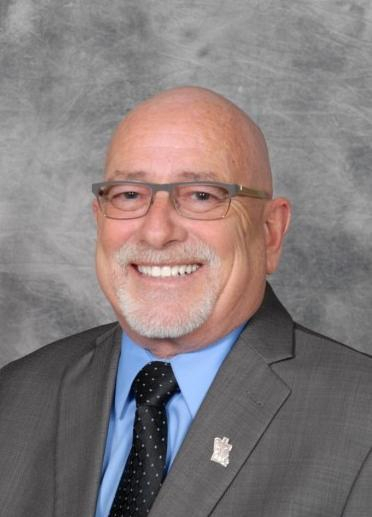 It is with great sorrow that we announce the passing of George Bolduc. George is survived by his wife: Shelley (nee Chad); his son: Brett (Mikaela) and granddaughter Clara; his daughter: Danielle; his father: Noel; his sister: Terri Portras; his nieces: Tamara (Dave) Lutz and their sons, Curtis and Eric; Crystal Sweeting and her sons, Brennan and Bodhi; his nephew: Dennis, as well as numerous Chad nieces, nephews, and in-laws. He was predeceased by his mother: Armande.

George spent his early years on the farm learning the value of hard work and experiencing the joys of the outdoors. He then moved on to the city where he met the love of his life, Shelley, with whom he spent 32 wonderful years. He was her soulmate, her best friend, and her rock. They loved their recent retirement at the lake and enjoyed puttering around the yard, going for walks, and kayaking.

George was a caring family man and devoted a great deal of time to his children.  He was a role model to Brett and Danielle and instilled in them a strong work ethic and a desire to help people and make a difference in the world.  Both of them followed in their Dad’s footsteps, with Brett in education and Danielle as a paramedic. One of his most cherished moments was the recent birth of his little granddaughter, Clara.  There was nothing more he loved than spending time with her.

George loved the outdoors and the lake was his paradise. For him, it was a place where family would gather. Whether it was to sit on the deck telling stories, putting on a display of fireworks, or driving the boat for a group of laughing kids, George was in his element. You knew when you saw that twinkle in his eye that you were soon going to get dumped off the tube.

George was always there to lend a hand when someone was in need. Whether it was a friend or a neighbor, or a complete stranger, George was always there.  He was a well-known community volunteer giving generously of his time and his energy to Red Cross, Meals on Wheels, School Parent Associations of St. Anne and St. Mary, and countless other organizations and activities.  He could even be seen wearing the Medic Rabbit costume promoting health and safety in the community.

He began his career at Parkland Ambulance in 1976. The staff of Parkland were to become his second family. George spent 38 years serving the people of Prince Albert and surrounding communities, first, as a paramedic and later, as the Operations Manager of the company. George had a strong passion for Catholic education and devoted much of his time to the Prince Albert Catholic School Board. George served as a school board trustee for 22 years and as board chair for over 13 years.

George touched the lives of many with his kindness, good nature and humor. He will be profoundly missed by a great many people and will always be remembered as a great husband, loving father and devoted servant of his faith.

A Celebration of George’s life will be held at 10:00 a.m., Friday, May 31, 2019 at St. Joseph Parish, 260-25th Street East, Prince Albert, Saskatchewan with the Most Reverend Albert Thévenot, Father DJ Vu and Father Tuyen Vu as celebrants. The family would like all of you to say a special prayer for George wherever you are on Thursday evening, in lieu of a prayer service.

In keeping with George’s loving and generous spirit, it was his decision to donate life so that others may live. Even in his final days, he wanted to spread the lifesaving message of organ donation.  Memorial donations in memory of George can be made to The Kidney Foundation of Canada-Saskatchewan Branch, 2217 Hanselman Court, Saskatoon, Saskatchewan, S7L 6A8; www.kidney.ca/saskatchewan.